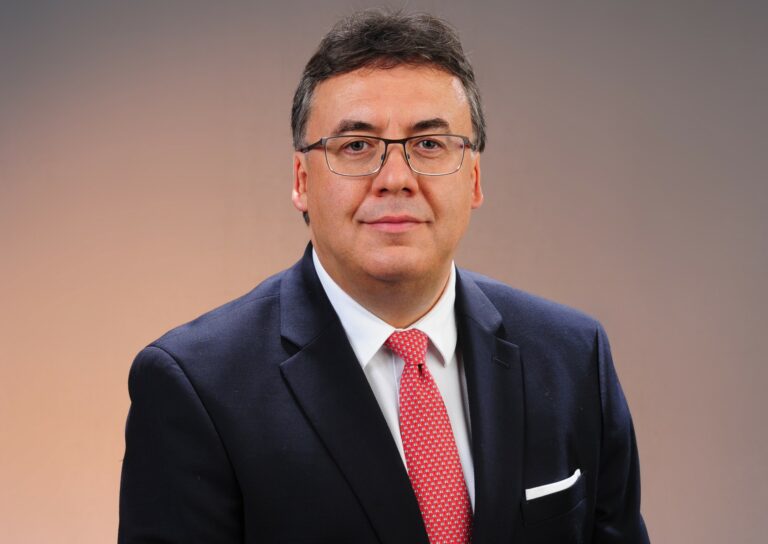 So far, the Medical University of Lublin was represented in the Cluster by Professor Hanna Trębacz, who for 4 years (2016-2020) actively participated in the development of the Cluster, supporting the cooperation of the scientific community with the socio-economic environment in Lublin and in the region.

Professor Robert Rejdak is a graduate of the Faculty of Medicine of the Medical Academy in Lublin. He received his doctorate in 2000, his habilitation in 2009, and the title of professor of medical sciences in 2013. He has a basic (2002) and clinical (2004) diploma from the International Council of Ophthalmology.

Since 2011, he has been the Head of the General Ophthalmology Clinic of the Medical University of Lublin. In the years 2004-2019 he was employed at the Institute of Experimental and Clinical Medicine of the Polish Academy of Sciences. Since 2011, he has been a lecturer and coordinator of practical training in vitreoretinal surgery (vitreous body and retina) at the European School for Advanced Studies in Ophthalmology (ESASO) in Lugano, Switzerland. Thanks to his efforts and in cooperation with the Lublin Clinic of Ophthalmology and the Medical University of Lublin, the first in Europe and the second in the world branch of the Swiss ESASO was opened.

Professor Robert Rejdak completed a number of internships abroad. In the years 2003-2005 he was on a scholarship at University Eye Hospital Tübingen, Germany (headed by Eberhart Zrenner). He also worked in Erlangen for six months, where he perfected his skills under the supervision of Anselm Jünemann. He also held internships in Frankfurt am Main, Bremen, as well as in Pisa and Ravenna.

In clinical and research work, prof. Robert Rejdak specializes in the diagnosis and surgical treatment of cataracts, vitreous and retina as well as eye injuries. He has performed over 30,000 operations. In January 2013, he participated in the first implantation of artificial iris in Poland. In 2016, he was the first in Poland to perform Scharioth macular lens implantation and hybrid vitrectomy. He is a co-founder and manager of the Supra-Regional Center for the Treatment of Ocular Injuries at SPSK No. 1 in Lublin. The clinic headed by prof. Robert Rejdak, as the only center in the country, was included in the ERN-EYE (European Network of Reference Centers in the field of rare eye diseases).

He published his works in the most prestigious national and foreign magazines, i.a “Graefe’s Archive for Clinical and Experimental Ophthalmology”, “Acta Ophthalmologica”, “Retina”, “Investigative Ophthalmology & Visual Science” and “Klinice Ocznej”. He is a co-founder and deputy editor-in-chief of the Ophthalmology Journal. He is the promoter of 10 doctorates and the supervisor of 4 habilitations. Prof.  Robert Rejdak academic achievements consist of scientific publications with a total IF = 294.610 and H = 20.

In order to provide services at the highest level, we use cookies. Using the website lublin.eu means that they will be posted on your device. You can change your browser settings at any time. More information in the Privacy Policy.